Wow, what an amazing day for this lovely couple. The sun shone and the birds sang! Two soldiers, Rachael and Nick set sail on the sea of life together as Mr and Mrs Hamlett. The bride looked stunning in a really elegant dress - "Persia by Modeca" supplied by the Bridal Gown in Otley. The bridesmaids were a close second only really surpassed by the bride herself, wearing teal dresses from Lindy Bop. The flowers were a blend of roses and freesias in a variety of pastel hues and these really were the finishing touches to the beautiful outfits; supplied by Cathryn at Methley. 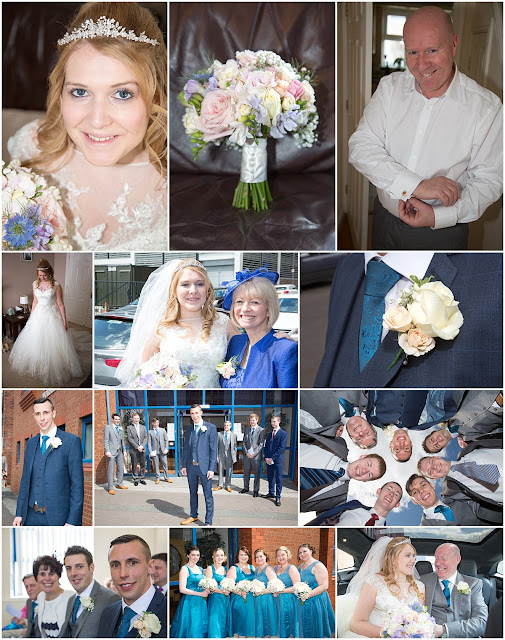 ﻿
The couple were married at the Central Leeds Salvation Army Hall. This is a magnificent venue. The hall itself is huge with a beautiful stage large enough to accommodate an orchestra and a huge gallery at the back to rival the very best theatres in the city. Gospel Roots Brass Band had set themselves up off the stage and were entertaining the guests as they arrived with well chosen and quite mellow pieces. The stage was reserved for guitarists and singers. So on to the groom and his men: Nick was really well heeled; real dapper, proper smart! The suits were from Suits Direct and the chaps carried them well - not unlike myself I must say when I was their age.
What a beautiful ceremony. Really amazing and the Salvation Army really did go the extra mile to make this couple feel like a prince with his new princess. Married by their own friends and lieutenants - I am sorry I cannot recall their names - but also a lovely, genuine, young couple. I knew they would be there longer than they planned! Of course they would be, with the hall packed to the rafters with family and friends all wanting to wish them the very best life can bring. But eventually through the guard of honour, we left for Denton Hall in Ilkley. 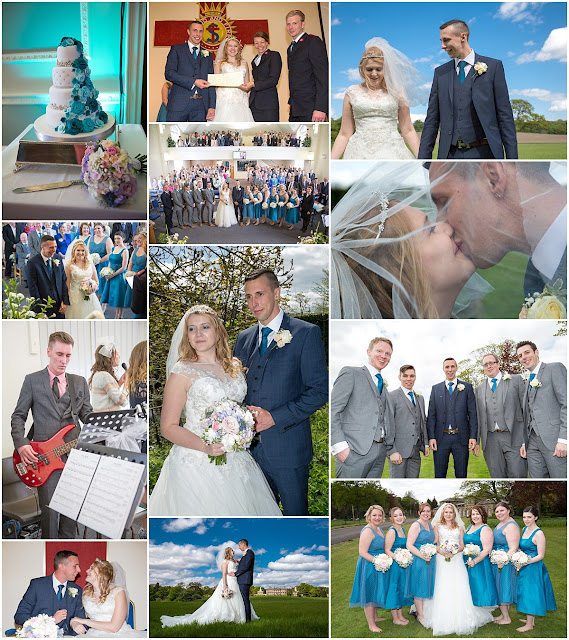 ﻿
Me, being me, nosey or rather curious, I was interested in how Nick and Rachael met and got to know each other. They told me they were brought up to be good honest people attending different churches connected with the Salvation Army but it was at a music camp in 201l when their eyes met and that was to become the start of their beautiful relationship with each other. Three years later whilst on holiday in Cyprus, Nick had mustered enough courage to pop the question. He took Rachael on a romantic drive up into the Troodos Mountains. Rachael says the spot was idyllic, secluded with beautiful views of the ocean in front of them with the perfume of pine from the forest behind them. That is when it happened! Down on one knee, Nick asked the big questions and with tears in her eyes Rachael said YES! Now having known each other for almost 6 years, from their first meetings when Rachael was 19 and Nick 23 we can now present the new Mr and Mrs and we wish them every kindness and joy this life can offer and to grasp every opportunity to make the world a better place for themselves and everyone around them.
Photography by Altered Images.
Labels: "Salvation army" "denton hall" "Wedding photography Leeds"