Joanne and Craig have a rural summer wedding. 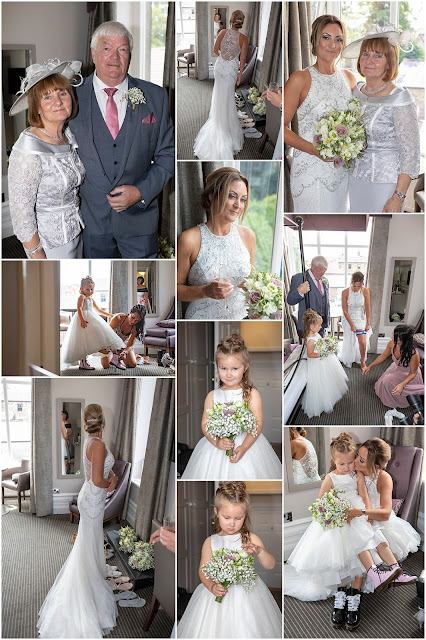 We photographed Joanne’s sister’s wedding a few years earlier, so I knew the family quite well. A lovely family. It had not been long since I was last at Cubley Hall and it is a photographer’s dream. It has a rustic barn, a pavilion, and panoramic views of open countryside. Managed by Sandra, weddings always ran smoothly with attention to detail. I arrived early so the girls were all in a downstairs room having hair and makeup done by CharlotteWharton. It was a bit cramped, but they would soon move to the bedrooms once they were all cleaned. I grabbed a few photos then left them alone to catch up with the fellows who should soon be arriving. 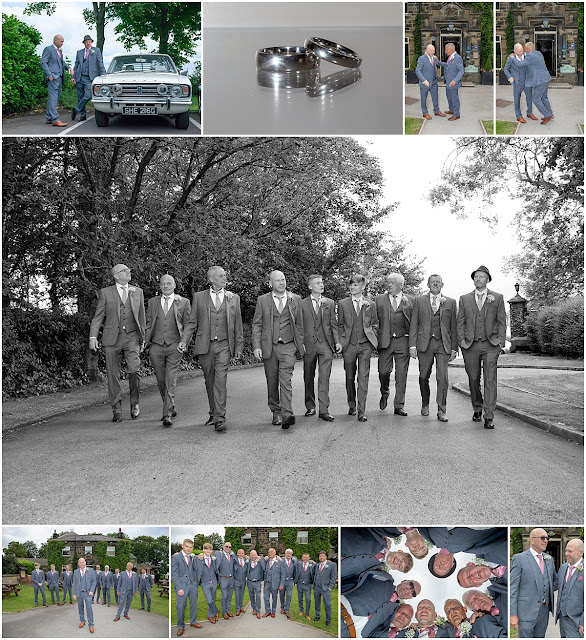 Sure enough it wasn’t long before the chaps arrived. Craig was being chauffeured by his pal in an old Ford Cortina. The boys were excited, bubbly, boisterous – not sure what the right word to use is! They all looked dapper in suits hired from Moss Bros, Meadowhall. It was obvious some fun shots would be fitting for these boys! The best man was a real character. I was worried that he had forgotten the rings or lost them, but he did produce them when I asked him if he had them – eventually. Both came from the RingShop in Rotherham – it’s been there years.

Back to the girls. Upstairs now. Joanne’s dress was hung on the four-poster bed. It looked amazing, slender. So slender. Now Joanne is slim but how was even she going to get into this? Joanne said it came from Perfect Days and could not recommend Emma from there highly enough. She had fallen over herself to help Joanne find the perfect dress and the after sales support was superb. It did fit! Joanne looked stunning. Then the flowers arrived. They were delicate, mainly white and lilac roses with sprigs of feathery white flowers I don’t know the names of. Millies flowers are the best. She wanted some photos with her Dr Martins on and with the Flower Girl Darcy who also had red Dr Martins! Its also good to see a big, burly Dad cry as he sees his daughter for the first time and sure enough, he didn’t let us down! Mum looked gorgeous. Sister Amanda was bridesmaid and again looked stunning just like she did at her own wedding. The girls’ dresses were from Blessed Brides of Denaby. 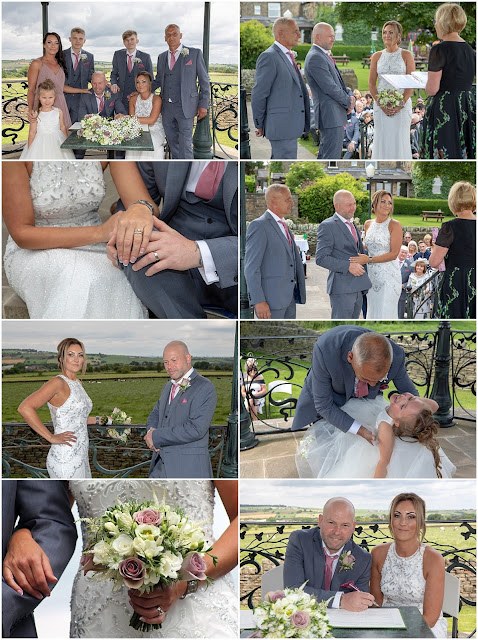 I like to chat. It relaxes people and helps me to get their personality in the photos. The girls told me about the Hen Party in Benidorm. It was not too wild, but they had a great, girly time there. On the other hand, the boys had plenty of fun acting daft around the little village pubs in our local Wentworth. Craig told me he proposed in Iceland. It was planned and Joanne new it was coming. They had taken his two boys with them. On the last night they all went for a meal and the waitress had the ring on the dessert. Craig did the right thing, down on one knee and surprise, surprise, Joanne said “Yes”. 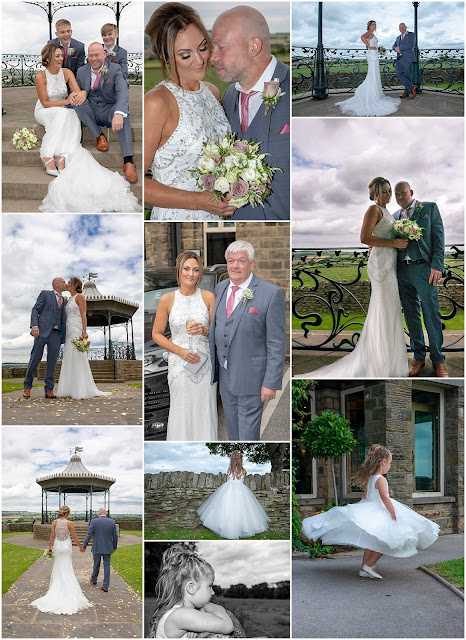 The day went like a dream. The weather was kind. It can often be breezy at Cubley, but the day was a beautiful summer’s day. So, the rings were exchanged and promises made in the pavilion which is great for light for me. Plenty of drinks, plenty of laughs and plenty of photos before going into the barn for the breakfast. Invites had been produced by Suzanne Middleton. Speeches were good; even the best man did them proud! The cake was cut of course. It stood there on its stand emotional and naked! Four tiers of different flavours provided by That Little Cake Shop in Rotherham. 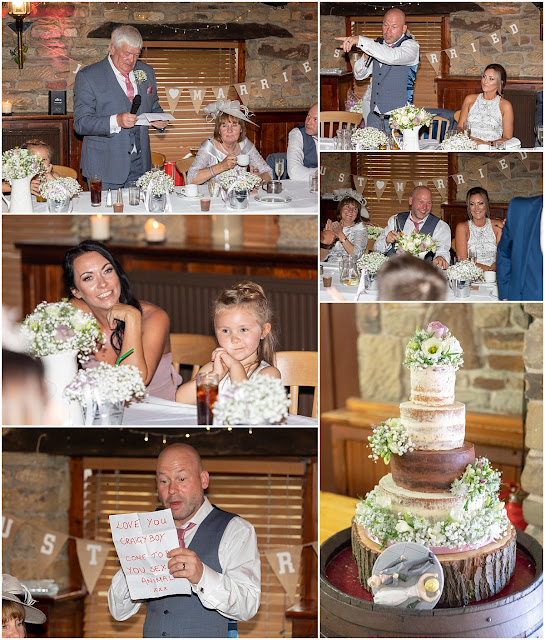 Of course, the fun didn’t stop there. There was plenty of time to enjoy the sun and one or two more cheeky Vimtos. I wanted to get some sunset photos but Craig had had enough – he wanted to have a few laughs with his boys. Fair enough. But I did manage to sneak Joanne, Amanda and Darcy down to the pavilion for a few twilight photos before the dancing started. Tom from Cubley Hall always provides an amazing disco. His lighting, lasers and effects are the best I have seen, and he actually talks – and you can tell what he is saying! 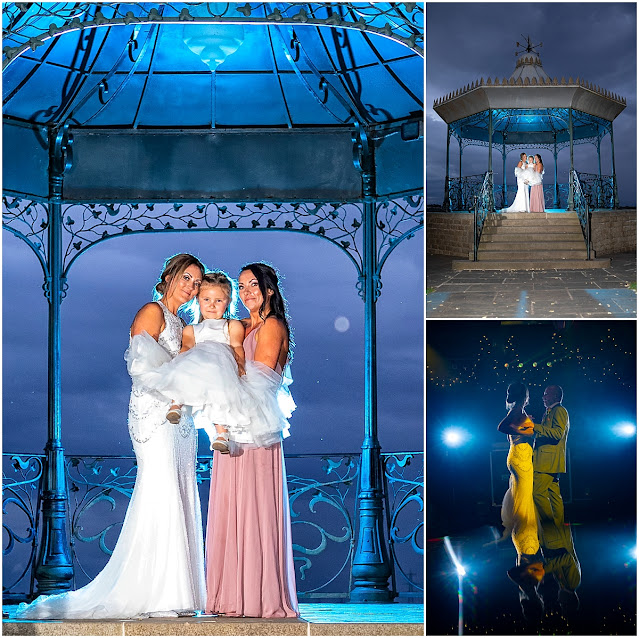 Next step – honeymoon. The newly weds would soon be jetting off to Zante. I think they may be leaving the boys behind for this one!