C & A has new meaning Claire and Andrew get married.

It looked like another scortcher! Hellaby Hall is a favourite venue of mine with beautiful rooms and gardens. Claire was having her hair and makeup done by Janieane Hodgson, Katie Daley and by Tina and Natasha from Beau Bridal Hair. Claire was her usual happy, smiley, bubbly self enjoying every minute. She had her three bridesmaids, daughter Amelia - flower girl and mum with her. While they we getting ready I photographed the dress and accessories. It was an amazing semi-fishtail with a veil from La Belle Boutique. Claire fell in love with it as soon as she saw it. Bride's shoes were from Debenhams and bridesmaids' from New Look. The bridesmaids had dusky pink dresses from Next and the flower girl's was from Little Betty's Boutique. 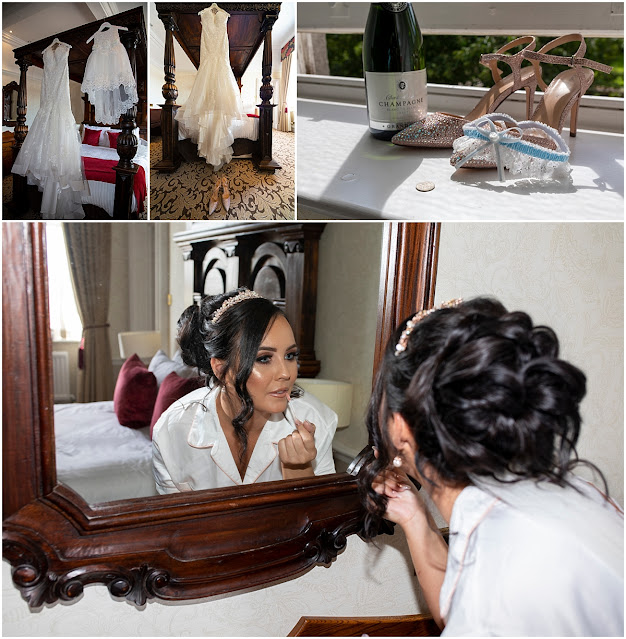 While the girls dressed I took off to see the chaps. 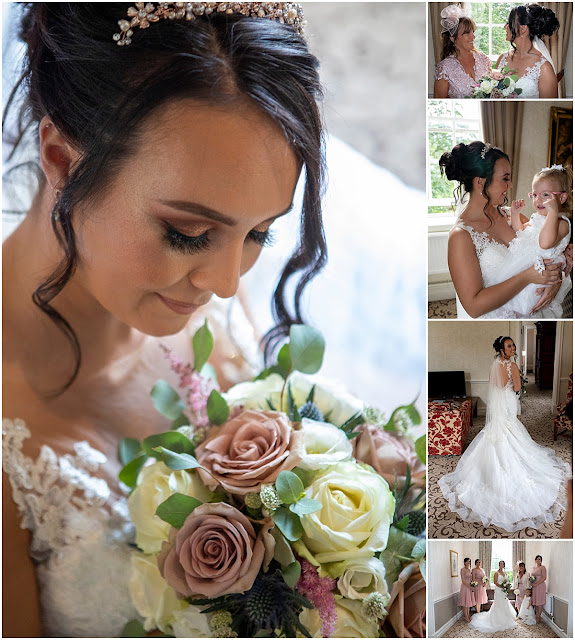 They looked very smart. Suits were pale blue from Suit Direct in Doncaster. The best man had the rings from Beaverbrooks. They were all a bit anxious but I could see Andrew was really looking forward to seeing Claire.
So it was back to see the girls. Wow, they looked stunning. The flowers had just arrived from Flowers by Claire. They were a mixture of dusky pink and white roses. 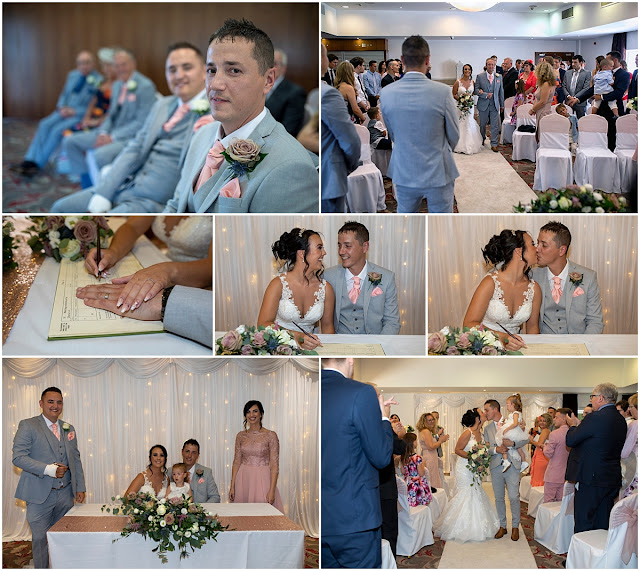 The ceremony went really well as always in the Garden Suite. Promises made and rings from Beaverbrooks exchanged.
We arranged a garden of honour on the patio leading out into the two gardens. Then drinks and canapes were served and all along photos were being taken. 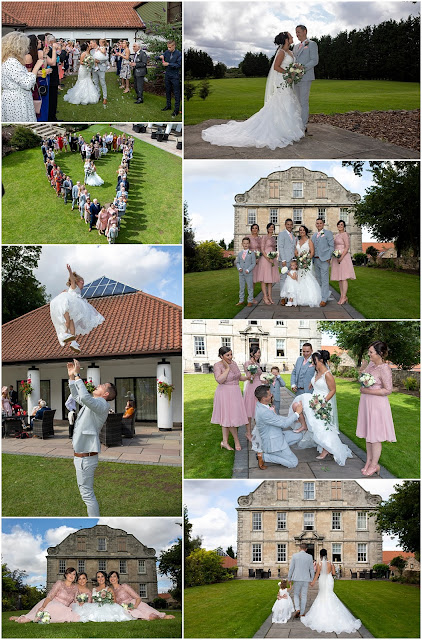 The speeches were good, light hearted with one or two tears. Invites and stationery had been prepared by Invitation Only.  Then of course the beautiful four tier cake from Snowdrop Cakery had to be cut. 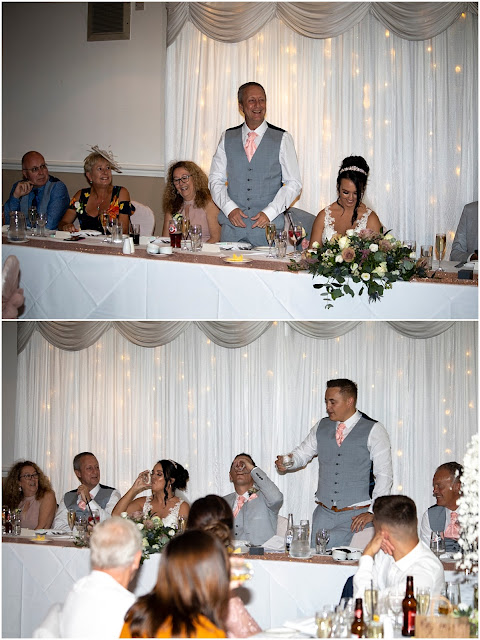 Of course we had been chatting all day. I asked Claire how Andrew proposed. "It was really romantic. We were having a meal in a restaurant in Rhodes. We had gone there for my brother's wedding. Then suddenly Andrew got down on one knee and asked me to marry him! He had a beautiful engagement ring ready to put on my finger. I was in tears!" It wasn't long before Claire was then asking her girlfriends to join her in Dublin for a few Guinnesses for her Hen Party and Andrew was getting away with his boys to Zante.
The evening arrived and the Garden Room was extended into the Bramley Suite to form a huge party room with Love Letters from Those Cherished Moments and a Magic Mirror and Candy Cart were provided by Claire's cousin Wendy Sherratt. All of the venue dressing was done by Dragonfly. 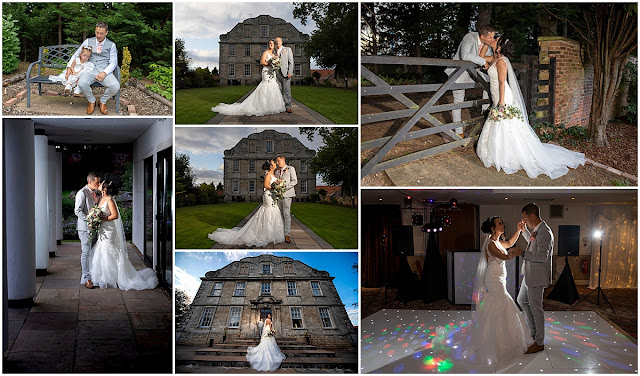