Scorcher for Emily and Thomas.

I had met up with Emily only a few days before the wedding at Rogerthorpe Manor. She had lots of ideas of her own but she was looking for a few pointers from us to make sure the day ran smoothly and in such a way that time would not be wasted and they could all enjoy the day. This was music to my ears. We are happy to make suggestions but are mindful all the time that the couple need to have their own ideas and we are there to get the photos they want. So, we had a list of formals and must haves but then allowed to be as creative as we liked. 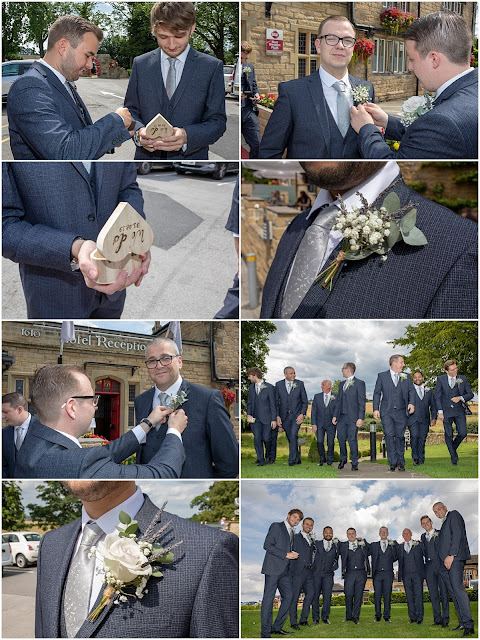 I arrived early at Rogerthorpe as Emily was going to get ready there with her Mum and three bridesmaids. The chaps arrived before Emily so I got some photos of them first taking them around the side of the Hall as the girls could have arrived at any moment. The best man had the rings so I photographed those while the chaps were getting the drinks in – it was a scorcher! The rings were from H Samuel. Emily’s engagement ring came from there and she liked the service and wanted to go together to buy the two wedding rings. The chaps were very smart in grey suits with silver ties. They were all bought at Next. Emily said they needed to go where they know they could get a suit for her 6ft 7in tall Dad! After a few photos and I knew the girls had arrived it was time to go to see the girls. They should have settled into the bridal suite now to get ready. 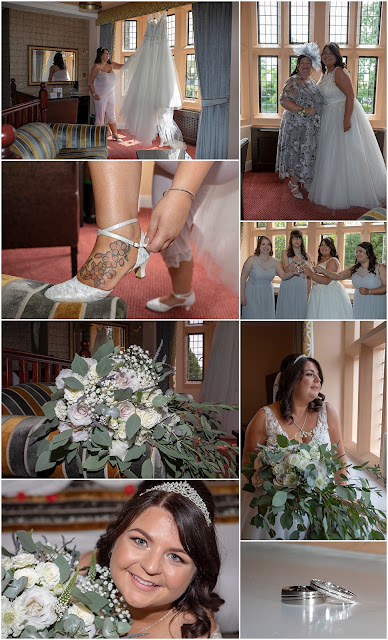 Yes, they were all there. Emily Durham is a fantastic makeup artist and she had already done the hair and makeup before the girls arrived. I hung the bride’s dress in the window using the curtain pole to help any minor creases fall out and to get some photos in good light. It was amazing, white with a full net lower half.

“I went shopping with my mum and 2 of my bridesmaids. I knew I wanted something with a long train and a veil but had no idea about styles, as soon as I put on my dress I knew this was the one, the train was amazing particularly with the veil, a belt added a little sparkle and it was just understated enough for our theme and the outside wedding”.

All the dresses came from Dorothy Perkins.

“Anyone who knows me, knows pretty much my entire wardrobe is from there!”

The bridesmaids wore a light grey or silver and again looked fantastic. 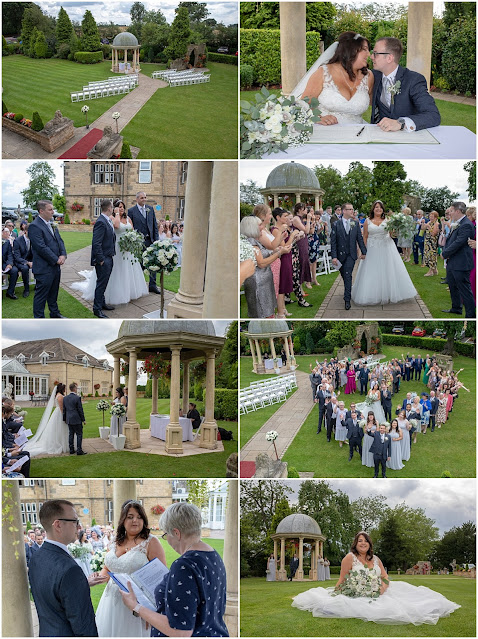 The ceremony was held outdoors in the beautiful pavilion in the immaculate and well stocked gardens. I am so envious of how the gardeners at Rogerthorpe can get the grass so perfect and lush and the flowers to bloom like there is no tomorrow. It was the place Emily had always dreamt of getting married at and after meeting Karen (wedding organiser) there it really did make the urge more so. Rogerthorpe staff had set up everything perfectly and nothing was too much trouble. The date was special as it was the same date Emily’s grandparents had for their wedding. It went like a dream. Confetti is not allowed as it spoils the grounds, so I had already suggested to Emily to provide bubbles for the guests. A guard of honour was arranged along the red carpet from the pavilion and the couple walked down it as man and wife amidst a cascade of bubbles.

Lots of photos and then the party where called into the Cawthorne Suite for the breakfast. The room was a sight.

“We had pate, chicken or turkey main and then a firm favourite sticky toffee pudding for dessert. We had games on all the tables as Tom and I love to play games”.

The cake made by Cakes by Leisa was amazing that fitted well with the rustic theme. The three tiers looked like tree logs with T♥E carved into one of the tiers. It was lemon, mint chocolate and cherry bakewell. The speeches were superb. Emily gave a speech herself –

“It’s empowering and if you’re anything like me; loud; your speech may end up being the best one”! Emily’s words!

A lovely afternoon followed with plenty of time to enjoy the grounds and one or two drinks!

“We had outdoor games to make sure people took advantage of our beautiful surroundings”. 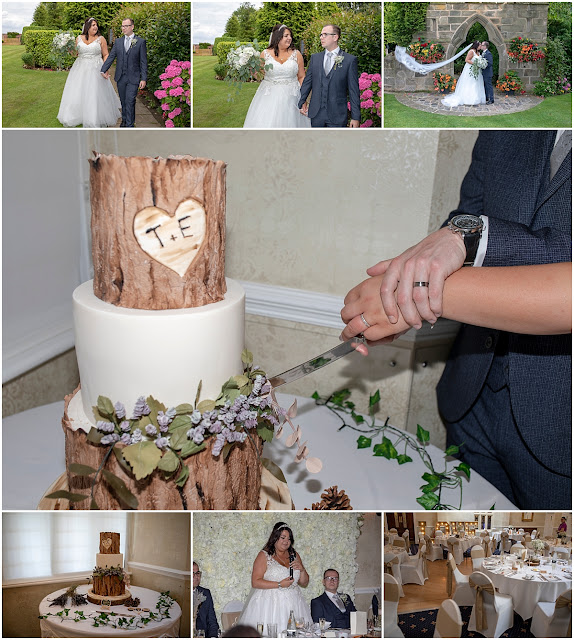 Then it was on to the evening reception. Staff had worked hard to turn the room around for dancing and enjoying the latter part of the day. The resident DJ played the music and karaoke. Mardy Bum for the first dance

“as Tom says the song fit me perfectly and we aren't one for love songs”. 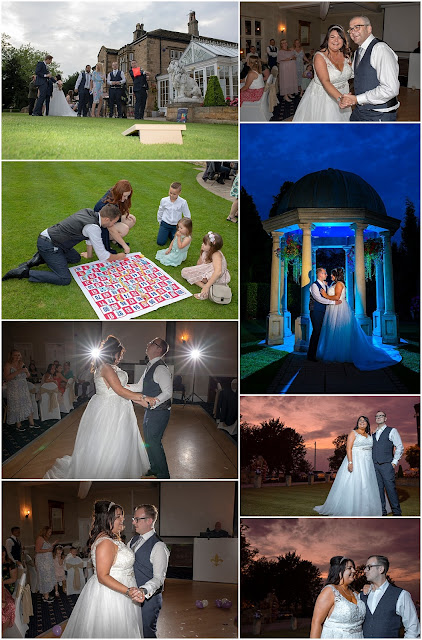 Some advice from Emily:-

·       Let your wife plan it. I organised everything and nothing at all went wrong

·       You don't need to spend a fortune to have the wedding of your dreams.

“I love all of our natural photos that were taken as we were talking to friends/family and were unposed. Be natural and make a list of all the formal photos you want taking before the wedding”.

“We went on a cruise around the Mediterranean on the 7th of August (we were married on the 3rd) we chose this as we had always wanted to go on a cruise, and we love Italy! We had our own suite on the ship with a huge balcony to sit out on with champagne and strawberries it was incredible. Make sure your honeymoon is a honeymoon and not just a holiday. Make.it special”

Finally; how did you meet and how did he pop the big question?

Romantically!! It was our 1 year anniversary and we went to Piccolino's in North Leeds and he handed me a book filled with lyrics to our favourite song - I Wasn't Expecting That by James Lawson and pictures of all the experiences we have had together. The last page said will you marry me? And when I looked up he was on one knee”!