Phoebe and Joe decide Clitheroe is the place for them.

The day finally arrived. The weather had been glorious and if anything, far too hot for a wedding. It had been an unusually tropical July. However, the wind direction suddenly changed, and we were presented with a lot cooler day with plenty of welcomed cloud cover. We were just hoping the rain would be kind to us and keep away until the festivities were over. It was pleasant at Stirk House in Clitheroe, North Lancashire. It was a hive of activity in the bride’s two preparation rooms which were light, airy and just stunning. KatiePenny was finalising the girls’ hair and make-up. 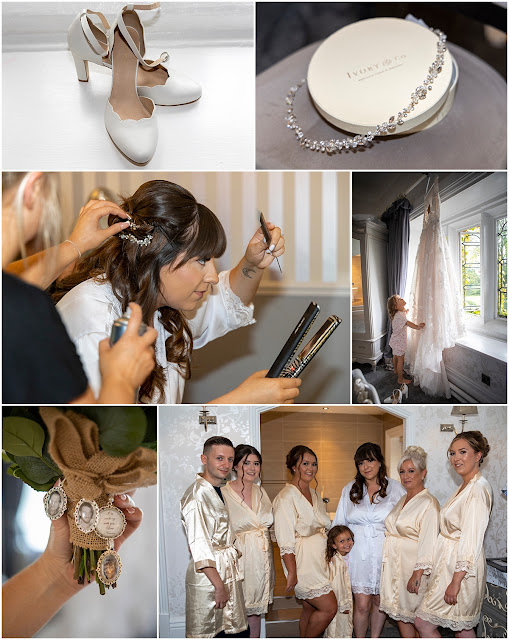 The couple were looking for a venue with character and a vintage look and Stirk House ticked all their boxes. It had 17th century charm, it was a cosy, dreamy, country manor. It was a worldly fairy-tale venue as Phoebe says. 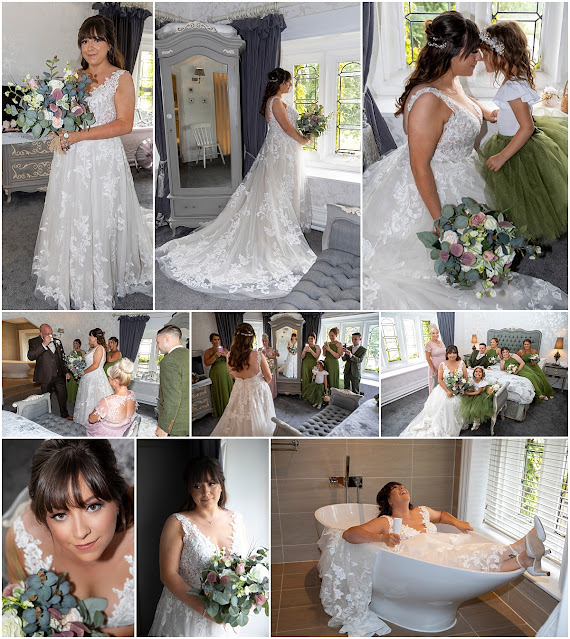 A bottle or two of fizz later the bride, bridesmaids, brides-man and mum were dressed, and all looked really amazing. Phoebe wanted a fairy-tale dress with maybe a Boho look. She fell in love with Lillian West dresses from New York and finding an outlet in England proved to be almost impossible Then, one morning walking past a bridal shop at the end of Phoebe’s road suddenly appeared her dream Lillian West dress! It was fate that the closest shop to her home, Dream Dress Bridal, suddenly stocked her dress! The bridesmaids’ dresses were stunning and fitted in an unusual bottle green; all from Wed4Less. The brides-man, brother Rhys, wore a country style, woollen suit with a double-breasted waistcoat again in a very fitting green.

It was time to take a look at the chaps. The groom's maid had the rings. They came from Ernest Jones as she is a manager there and she helped them to choose suitable rings. The suits were modern and in a medium shade of brown, all from Best Man who also provided the bride’s father’s suit for his wedding 25 years ago. 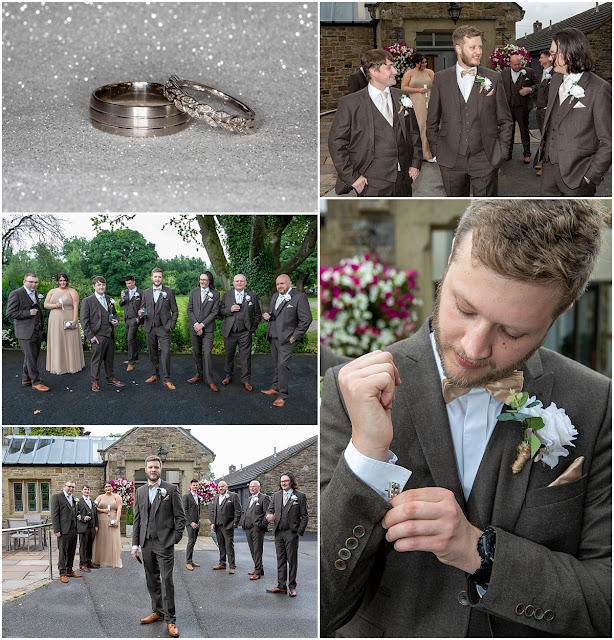 The flowers were a mixture of blue-moon and iceberg roses set carefully in just enough greenery to frame them beautifully and supplied by the bride’s Auntie Cheryl. She had done an amazing job. 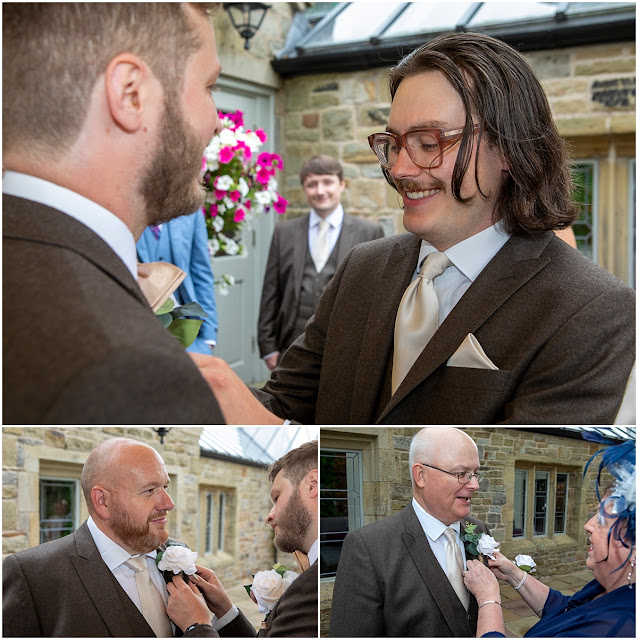 It was four years ago that Phoebe and Joe came to meet through Jade, the maid of honour, who Joe worked with. She felt sorry for Joe one day after upsetting him so asked Phoebe to sweeten him back up for her. The first date was just a few drinks in a local country pub, The Honeybee. A couple of years later Joe took Phoebe back there and, in the fairy-lit garden he produced a Lego instruction manual depicting a Lego Joe buying a ring for a Lego Phoebe saying yes!The rooms had been prepared by Creative Venue Stylist and there was a mini crazy golf set up indoors by Crazygolf4u. 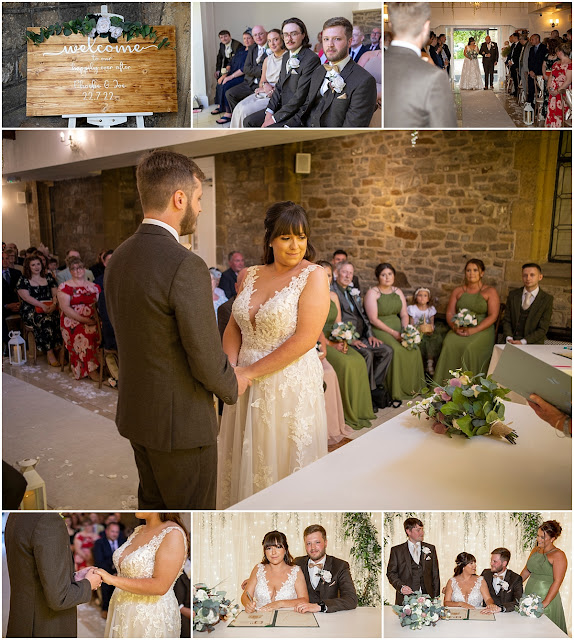 The couple said the whole day was the most magical day of their lives! It was everything they dreamed of and more. All the guests echoed how heartfelt and dreamy the whole day had been. The superb meal followed by emotional speeches truly were the icing on the cake. Harry, best man and groom’s brother left his speech at home but he made the most heartfelt speech praising both of the newly-weds without any of the usual embarrassing remarks that have become such a cliché. Talking of cake, The Icing on the Cake produced a gorgeous three tier, white beauty decorated with white roses. 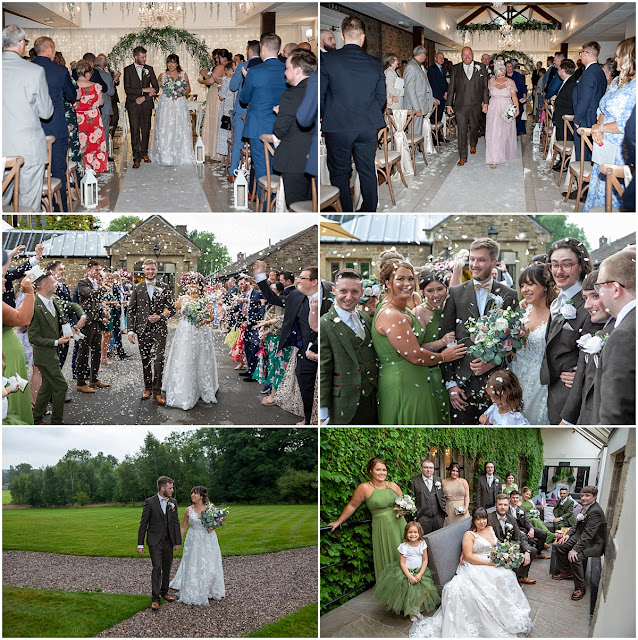 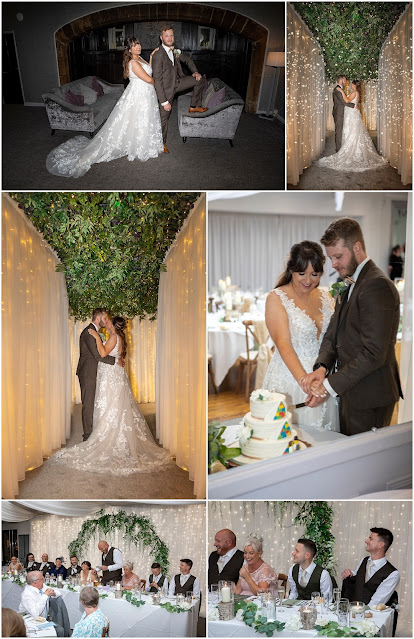 Soon the evening reception would be on us. Just enough time for a few twilight photos in the light rain! We were prepared with plenty of white umbrellas. Phoebe and Joe compare themselves with the most awkward couples who look like super-models compared to them! “But wow! We were made to feel so much at ease that it was a breeze having our photos taken and that is something I never thought I would say! My tip for others is to remember your photographer is working hard to capture all your day. So as much as you may want to dance, and party remember when its all over and you want to do it again your photos will be the closest thing you will have to reliving those precious moments and you will cherish them forever.” 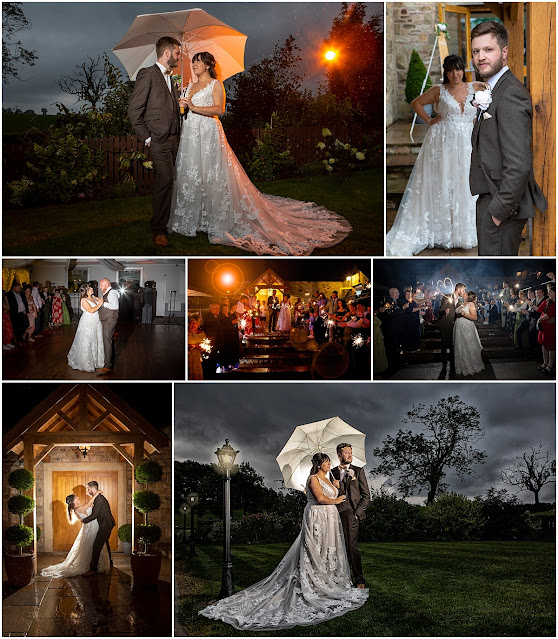 Finally, the reception rounded off the day nicely with lots of dancing. Paul Guard from DJ Show-kings provided the music and prompts. Phoebe danced with Joe to open the dance floor to Joe’s favourite song, Forever by Bury Me Alive, which was playing at the time he proposed. That was followed by a dance from the bride and her father making him and everyone watching cry!

Advice from the couple to others is to plan the wedding they want and not to try to please everyone. On the day you will be on such a high that even if things don’t go right, it will still be perfect! The couple will be honeymooning at Lake Garda in Italy. Joe wanted to go to Switzerland and the Alps whereas Phoebe fancied a Greek Isle. So, Italy is in between, isn’t it? Anyway, they are both massive foodies so Italian food sounded great!